Can I cover LED Downlights with insulation? 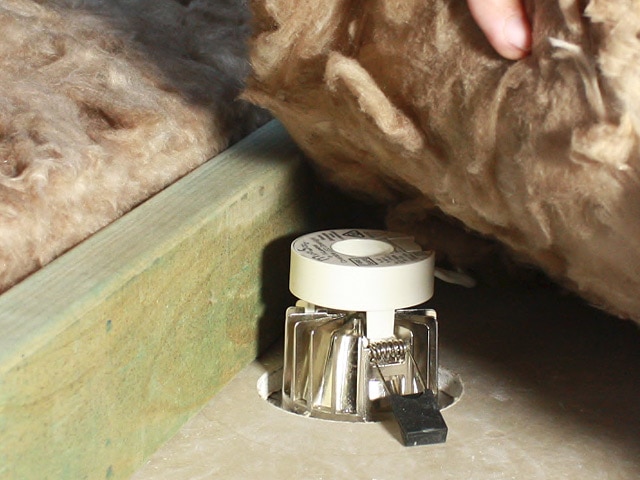 LED downlights operate at far lower temperatures than the halogen lamps that are still prolific in Australian homes and businesses. However, even the smaller amount of heat LED lights generate must be carefully considered according to the installation environment.

To address this issue, ratings are applied to LED downlights to ensure that installers correctly match the light for the environment.

Downlights with clear markings and supporting documentation showing “IC-F” or “IC” may be abutted and covered with insulation. However, while the light may be safe to operate when covered, the elevated temperatures resulting from lack of ventilation may in some cases reduce the expected lifetime of the product.

Note that a rating of “CA” on a LED downlight means it can be abutted to insulation, but not covered. This is an important specification not often investigated to the level of detail it deserves.

Covering such a downlight may result in premature failure of the light. Under this circumstance, we are reliant on the internal downlight circuitry to protect itself from thermal runaway to avoid serious issues of combustible temperatures being produced under a fault condition.

Greater peace of mind comes with choosing a quality downlight from a reputable source, knowing that the product has been tested for safe use in Australia and has the appropriate labelling to support those tests.

Choosing an IC-F rated downlight is added insurance that if, during the course of its life, insulation is accidentally dislodged and falls on the light, no abnormal operation should be expected. Over time, debris from leaves and other sources can build up on top of the light, so it would be reassuring to know that product has already passed safe operating parameters for these conditions under the IC-F test.