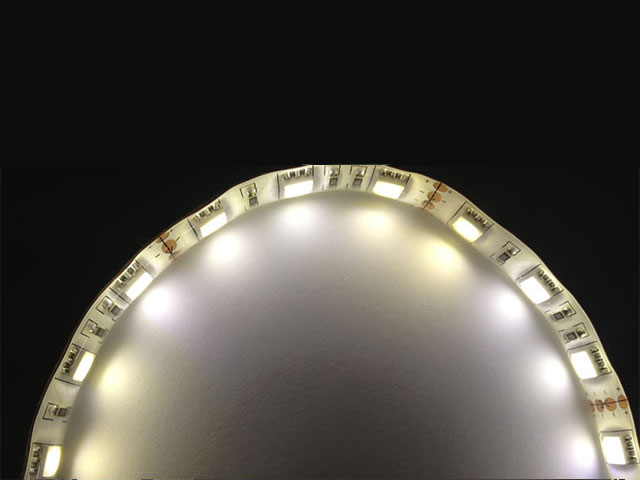 Chip binning is not terminology for what to do with faulty chips… It refers to the batching process that segregates mass produced LED chips into different containers, or “bins”.

All LED chips have slightly different colour, brightness and other characteristics due to variations in the manufacturing process. These are sorted (binned) so all chips of similar characteristics are put together. Those with the best, ie closest to ideal, are sold at a premium. The further from the ideal or wider tolerance chips are cheaper.

Technologies are emerging that are reducing the visible appearance of these variations, but for now binning is the solution to the issue.

Binning issues are characterised by an obvious visible variation of the perceived colour or brightness of the light in the newly installed product.

This may be especially noticeable if the lights are placed closely together. In this situation your eye is excellent at discriminating even minor colour differences so colour matching is important.

A situation where this can occur even with better quality LED lights is when a home owner purchases a few lights for a room, then several months later may decide to add another light to the same room.

The new light may come from a new production batch and a different bin even if the colour temperature is quoted as being the same. There may be a visible difference in the appearance (colour) of the emitted light, however, this does not indicate a defect with the light. Rather, it is a
characteristic of the binning or the supplier using chips from a variety of the lower cost bins.

When there are obvious visible differences in the light from the same batch, it may indicate less than adequate binning control by the manufacturer or a production defect. 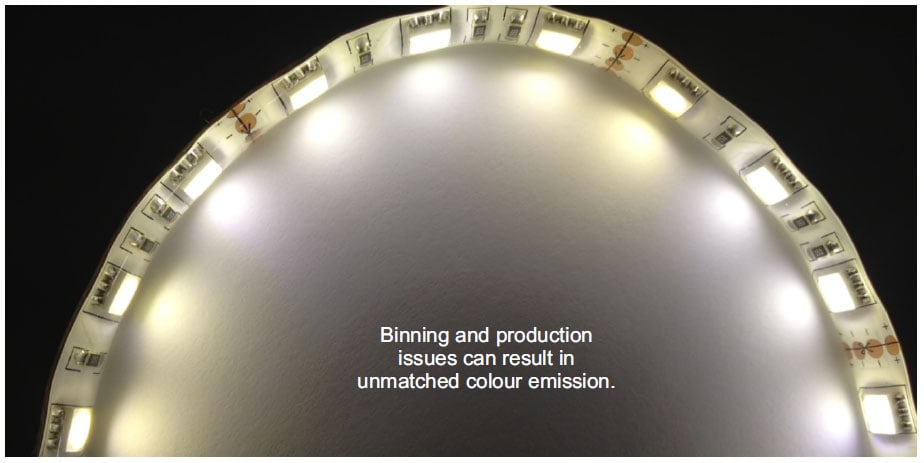 Below: Unwanted binning variations evident in a commercial environment, resulting in loss of visual uniformity and appeal. These issues will become less common as binning is better managed. Eventually there may be no need for a binning system at all.

Below: These luminaires also have binning variations, but are imperceptible to the human eye, creating a consistent and appealing output. For reference, the hallway is 8m long and 2.6m high. The LED colour temperature is 3000K, 100° beam angle. 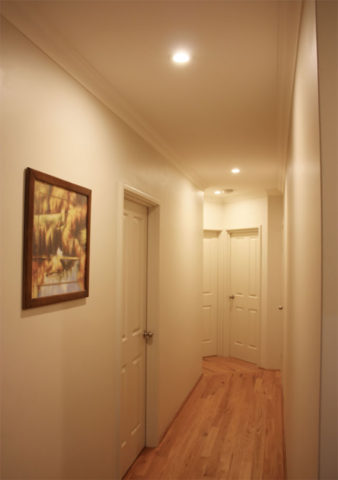 In this case, advice should be sought from the manufacturer and independent assessment may need to be arranged.

In most cases, binning variations are not particularly obvious, especially with higher quality LEDs.

It actually costs more for manufacturers to purchase tighter binning toleranced chips, which adds to the overall cost of the luminaire.

Most LED chips use a yellow colour phosphor to convert the ultraviolet blue light generated in the chip to visible white light. This is the same process used in fluorescent tubes. The phosphor must be protected, usually by a silicon cover or lens.

For now, binning is one of those things that you should be mindful of, but not obsessive about, so you have the knowledge to spot any serious flaws.

After all, it is the overall effect of lighting interacting with its environment that creates ambience.