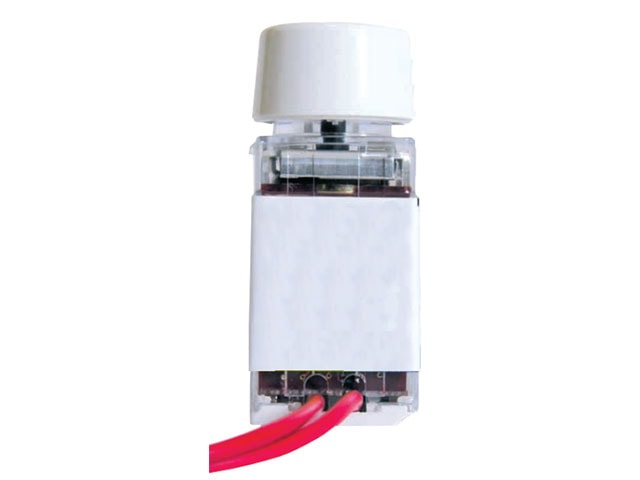 Not only are there significant compatibility issues, but there is also a safety issue that has emerged to be sufficiently serious to warrant its own page. It’s one matter to have a flickering light, but a potential fire hazard takes things to the next level.

I mentioned previously that LED loads are around five times less than traditional incandescent or halogen lamp loads, as “seen” by most existing wall dimmers. This does not mean you can put five times as many LED lights on that dimmer circuit.

The inductive loads that LED drivers present to the dimming electronics are far more difficult to control than the resistive loads associated with the old incandescent/halogen technology. Depending on the driver circuit, varying amounts of “difficult” loading is sent back to the wall dimmer, which reacts by generating heat.

There have been instances of completely melted wall dimmers where the manufacturer’s 450W total incandescent load capacity has resulted in failure when loaded with less than 350 Watts of LED load. Fortunately, serious consequences were avoided since the surrounding material was a double brick cavity wall. The outcome may have been very different if it was in flammable wall insulation or a timber stud wall.

Advice: Always consult the light and dimmer manufacturer, either directly or through your electrician, to determine the compatibility and derating required for specific dimmers when connecting LED lights. Latest generation dimmers are designed to improve this, but there are millions of existing dimmers in use in Australia so we need to be wary of their limitations when connecting inductive LED loads.

If the LED light manufacturer does not know about this (!) the dimmer manufacturer is the next best source of information, but without knowing the specifications of the driver, it will be difficult for them to give specific advice. As a rule of thumb, in the absence of any specific information, you must derate the stated load wattage rating by at least 80% for existing dimmers.

This means you can still connect several suitable LED downlights to a single existing dimmer circuit, or if you need to connect more you should investigate replacing your dimmer with one of the newer generation models that are especially designed for LED and can safely operate considerably more LED lights.