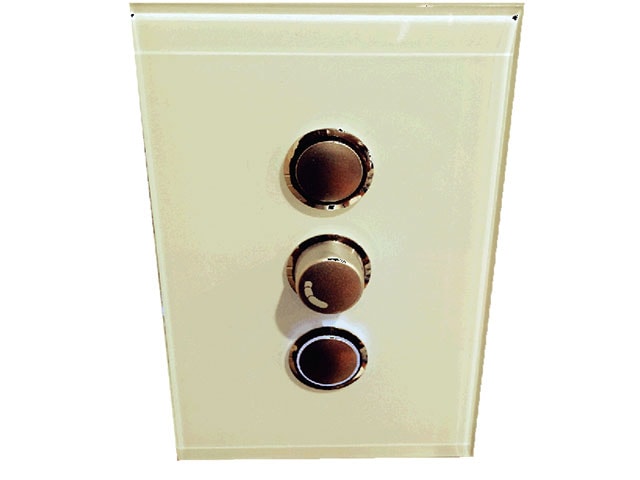 Choosing an LED light is difficult enough even if you have no intention to dim the light.

But, many people will want to bring dimming into the equation, causing a raft of issues to materialise trapping even wary consumers.

Internationally, including Australia, there remains at this time no practical method to quantify LED dimmingperformance to assist consumers.

This understandably frustrates people who connect their LED lights to dimmers only to find they flicker, switch off or do not dim down to levels they were accustomed to with incandescent and halogen lamps.

The reality is, a lot of LED technology is far from compatible with the existing dimming control infrastructure commonly found in homes across Australia.

Existing rotary wall dimmers, predominantly seen as Clipsal or HPM brands, were designed from the outset to dim high loads of a “resistive” nature, such as the filament in an incandescent or halogen lamp.

Along comes LED, with up to five times less load and of a significantly different “electrical” type. Being more inductive than resistive the likelihood of LED, driver or existing transformer and electronic dimmer, which were not designed for each other being compatible and actually working as expected, is very low.

In recent years significant R&D has been done and there are now many new LED products in the market whose LED drivers can successfully interact with existing wall dimmers. Awareness of this issue is important.

For new homes, there are special LED wall dimmers available that overcome most, but still not all, of these compatibility issues. It still very much depends on which LED light and driver you are connecting to which dimmer.

Ensure that if you intend to dim the LED light now or in the future, that you consult with the manufacturers to determine if their light is compatible with the dimmer brand and model you intend to use. This may mean you also need to also replace the existing dimmer.